Recently, a friend reminded that I had not written a blog for a couple of months and she wondered if everything was OK.  Considering our history I don’t blame her.

It isn’t as if our life hasn’t been eventful, quite the opposite, it’s been quite busy.  Our trip down was very stressful because Dale’s sister Pat had called and said that her husband Bob had fallen and broke his hip quite badly. He had recent surgery but wasn’t recovering well, suffering from hallucinations and was fighting the staff.  At this point, Pat was spending all night with him to keep him calm.  She too was not doing too well for lack of sleep.  We were able to make it down in two days and took turns staying at the rehab unit with him. But, because he wasn’t improving they suggested that Pat take him home.  So Dale and I got the home ready for a wheelchair and other necessary improvements.

At home, he seemed to be getting better and Pat felt she could manage without us.  So we left for Arizona and picked up our trailer in Quartzite.  We headed down to Yuma and set up at Fortuna Pond.  We had just been there for a couple of days when Pat phoned and said that Bob was in the hospital again, this time in the ICU.  We were shocked to hear he had regressed that far.  Pat said that they were keeping him “comfortable”.   The next day she phoned and said that Bob had died.  Although it wasn’t a huge surprise since 8 years ago he had been given about a year to live with his Congestive Heart Disease, we were saddened and concerned for Pat.

A couple of days later she phoned and said that Bob had not wanted a funeral, he had donated his body to the University of Utah medical school.  Unfortunately, they could not accept this wonderful donation because he had surgery. Pat arranged for cremation and notified his children to come up for a couple of days.

We invited Pat to come to Arizona to spend Christmas with us in the RV Park.  We were delighted when she accepted.

We all spent Christmas together in Brenda, Az., home of the Black Rock RV Village.  It is a nice park with a swimming pool, hot tub, rec hall and library. Pat had a little stone cottage near us.  We had a nice Christmas dinner and Pat met some avid card players.  She was soon joining them daily.  The park residents had formed a co-op that arranged and staffed a gift store where anyone could put in any projects they wanted to sell.  There are a lot of crafty people down south for the winter,  Both Dale and I sold some of our stuff.

We had arranged to have Bandit (our newest puppy) neutered at the Yuma Humane Society Clinic on Dec 28th so we headed back down to Yuma and had that done.  He was supposed to wear a plastic bonnet for 4 days to keep him from licking his incision.  When we got him home we put it on and he tolerated it for 4 seconds and ripped it off and tried to chew it up.  He weighs 50 pounds now so if he doesn’t like something on him there is no way you can make him, short tying him up with a chain.  We just watched him very carefully and he healed up fine.

Pat, who is a dog trainer, helped us immensely with Bandit.  She gave us instructions us on how to control him and obey some commands  I wished that we had crate-trained him when he was little but thought it was too late.  But she said it wasn’t so we bought one and proceeded, with her instructions, to introduce him to it.  Another success! 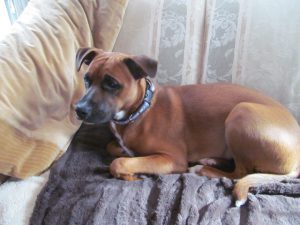 Dogs are great and I wouldn’t want to live without them but sometimes they are oh so much trouble.  Our beloved Gracie needed to go to the vet for a recurring ear infection and that little jaunt cost us over $500.  Ouch!!!!

But here we are up in beautiful Queen Valley once again and it is still as lovely as I remember it.  It was a little cold and rainy when we got here but that cleared up.  We have been seeing the sights with our UTV and enjoying showing the country to Pat.  She flew out on January 7th and we were sad to see her go in spite of the close quarters for 3 adults and 2 dogs.

This is the first time in months that we’ve been alone and I am enjoying it.  We will stay here at least another week and then head south to try a new location in the Buenos Aires Wildlife Refuge, an hour outside of Tucson. We are needing to do some work on our UTV so if we like it there we might try to take care of it then.

Although I won’t bother to elaborate, we have been to 2 Chiropractors, one clinic, two Doctors and one ER.  Same old, same old.

That’s about it for now.  Happy New Year to all of you.

PS:  I have had time to do some art. Here my newest  projects: 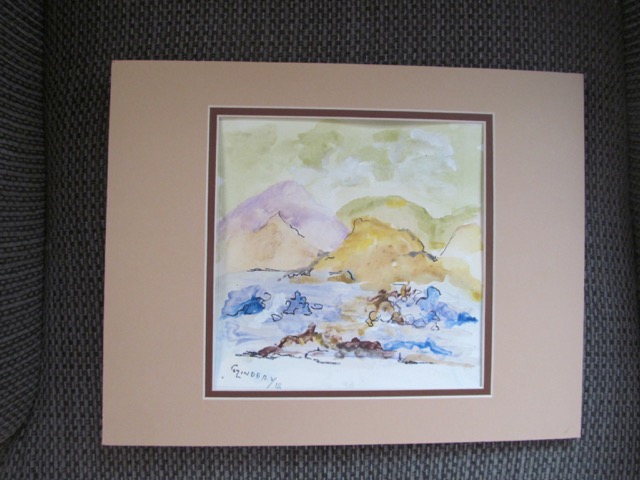 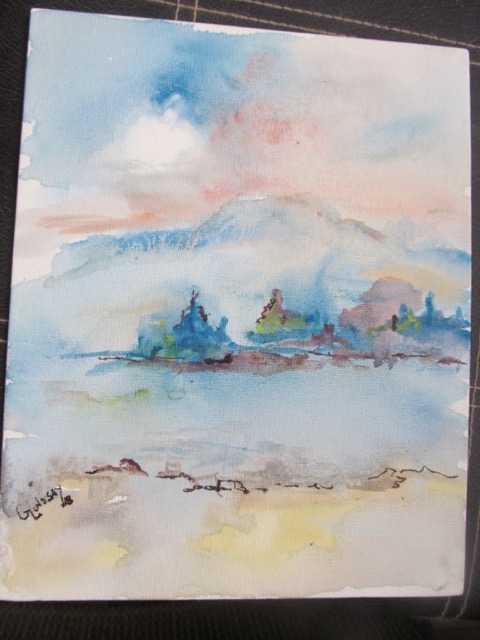 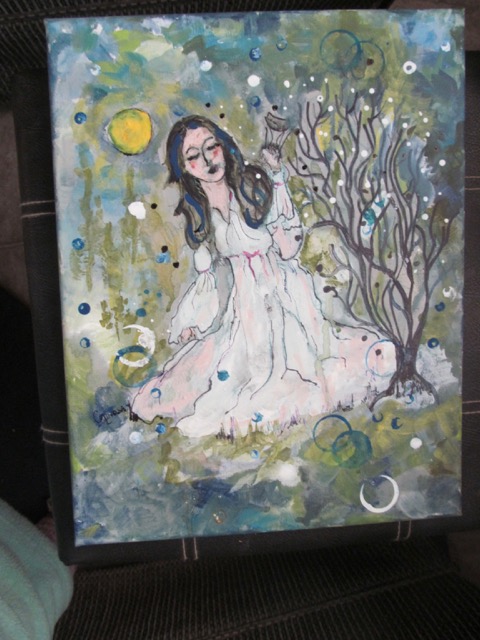 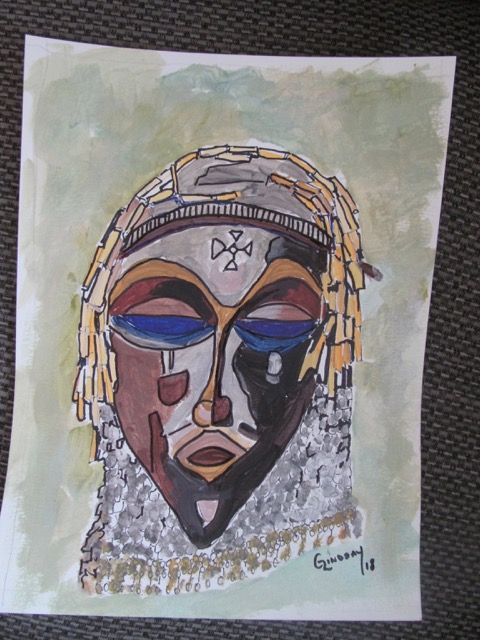 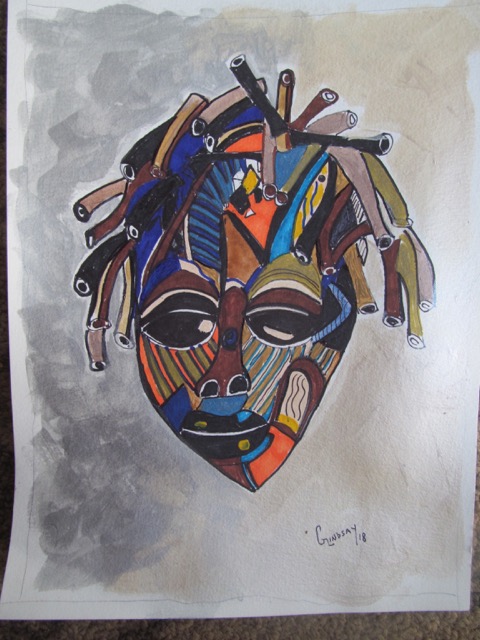