“Play around. Dive into absurdity and write. Take chances. You will succeed if you are fearless of failure.”

I have always thought that the United States excelled when it came to service and that the dining industry had the market cornered. That is until I went to Mexico.

But, back to the beginning.  I must apologize to my few but faithful fans about the absence of my blog this last month.  My son runs my web site for me mainly because he is much more computer literate than I am .  But recently many of his sites were hacked by cyber terrorists.  It seems that they are mostly just computer vandals who crash sites simply because they like causing havoc.  Nice bunch. Eh?

Fortunately he has managed to get it up and running again so here we go again.

We made a quick trip from home to Yuma with a couple of days in Ogden.  My hurry was because my knees were giving me fits again.  I saw my image reflected in a store window and was shocked to see an old woman bent over shuffling along.  I can hardly get in and out of the truck and by the end of the day I am exhausted from the pain.  So I arranged to get cortisone shots in both my knees to hopefully tide me over to May when I can get my first replacement knee.  After the shots yesterday I feel like a young woman again and I am hoping that it lasts for a while.

Since we were in Yuma, we took a trip today to Los Algodones,  just across the border.  This little town exists for one purpose only, to provide reasonably priced eye glasses, dental work and pharmacy services.  Of course that also includes hundreds of street merchants selling there jewelry, purses, jackets, shoes and Mexican food. And don’t forget the margaritas, Ole!

We went for our yearly overhaul.  I needed new glasses and my sunglasses needed new frames.  As well, I wanted my teeth cleaned.  Dale, on the other hand, needed a bunch of dental work done and some prescription drugs.  We arrived in Los Algodones around 10 am and went straight to the place where I usually get my glasses. The building was empty.  As I  looked around  a young man came up and asked if he could help me.  I asked where Baja Optometrist had gone.  He took me by the arm and led me down the plaza to a new location for the same business.  His name was Victor.  He came in and introduced me to the two ladies working there and left me.  While I was getting my free eye exam and picking out my frames, I asked the women if they knew of a dentist that did implants because I wanted mine checked.

“Oh Yes”, one woman exclaimed.  “After here I will personally take you to the place, it’s right here in the plaza.”

So I ordered my glasses and frames and was told that they would be ready in two hours.  Meanwhile, back came Victor and the woman who was named Jannet, explained that he would escort me and my husband to the dentist .

“And right next door to this dentist, there is a restaurant that will not only give you both free margaritas but also free lunch or breakfast and this is a very good restaurant, “she added.

We found Dale across the street and explained the plan.  Just before we entered the dentist office,  a tall man joined us and introduced himself as owner of much of the plaza consisting of an optometrist, a restaurant, three dentists, he was one of them and his brother was the other.  Also, he explained that the Rancherito Restaurant had been his father’s for many years and was now owned by his sister.  I found out that Victor was an employee who guided folks into the plaza and worked on commission and that Jannet was his wife. If you mentioned Victor or showed his card, he got paid.

We entered a dentist office at the end of the Plaza and talked to the woman dentist, Dr. Alexandra Rodarte, about my implants and she agreed to look at them for me and give me a price for any work I might need done.  But before either of us were finished talking, the restaurant owner showed up with two big Margaritas. She introduced herself as Maircela  Mendioil and told us to come for a free meal when we had a break.  She was a charming, beautiful woman who was the sister of the man who told us about the family business.

The dentist Alexandra then took me in and had a look.  She said my implants were fine but I had a two small cavities in my lower teeth and I needed to use a medicated mouth wash morning and night to clear up a small infection around one implant.  She quoted me $70 for a much needed cleaning and repairing the cavities.  So I said to go ahead.

We decided to get something to eat before Dale saw the dentist. I ordered Chili Rellenos but Dale just wanted a few chips and salsa and his second Margaritas before he got a quote on his dental work.  I am pretty sure the Margaritas were designed to soften the news about the cost of his work.  But what the heck at the end of the day we still have to get it done, might as well be happy about it.

After Dale went for an exam, it was found that he needed 7 crowns, two bridges  and one extraction  The bill which included my work came to  $1,640.  This was a whack of money but still waaay cheaper than getting it done in the States.  And it would be done in record time starting immediately.

So, while I got an excellent cleaning job and two small cavities that didn’t need freezing,  Dale was beside me getting his work done by Dr. Valentin Mendioil.  Of course I was finished first so I went and got my glasses.  For two new frames and one trifocal lenses it cost me $180 out the door.  With another Margarita in hand I wandered around to see the sights.

An hour later I moseyed back to the Plaza and met up with Victor again.  We chatted for a while and I asked him if he knew the prices for some of the prescription drugs we needed.  He said that I should sit down and he would go around and get me prices.  He returned about 20 minutes quoting the prices for me and said if I wanted he would go and pick them up and bring them back to me.  Which he did in record time. As we sat and talked I asked him about his tattoos.  He had one whole arm and part of the other in what looked like very good tattoos,  Also on the side of his neck was a perfect lip prints done in pale red.  He said they were was his wife Jannet’s lip prints along with here name.   Looks like they are planning a long permanent relationship.

Dale was finally finished for the day and we headed home.  The plan was to come back in two days and they would complete the work.  It didn’t work quite like that.  They phoned when we got home and asked him to come back the next morning and re-do the impressions.  He went alone but received the same welcoming food and drink.  On Friday he was to be there at noon and I went with him again.  While he spent a long four hours in the chair. I got to know the family and asked them to pose for some pictures for my blog.  They were delighted.  I brought all the women some of my art cards and they divided them among the staff.  Marcella gave me lunch again and I sat and read my book as a musical combo played music in the restaurant.  It was a very pleasant afternoon for me.  Marcella’s young son came in from school and him and his friends had a snack.

The only bad thing that happened was while I sat in the dentist waiting, a bottle of Tequila I had purchased slid off the leather sofa and landed on the floor. It immediately broke and the whole floor was covered with liquid.  The broken bottle stayed in the plastic bag but Elizebeth, the receptionist had to mop it all up.  My bad!  I quickly replaced it with another one and it made it home unscathed. 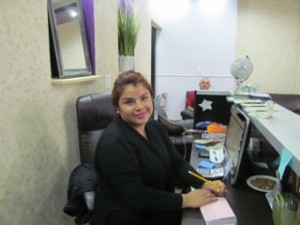 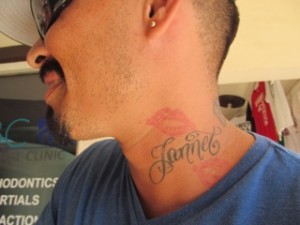 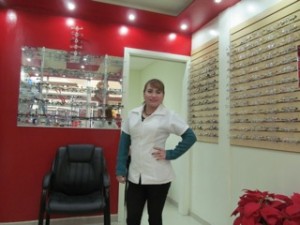 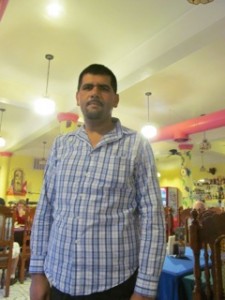 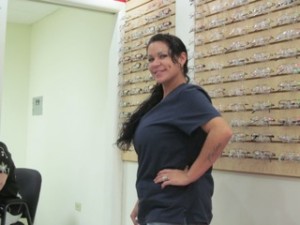 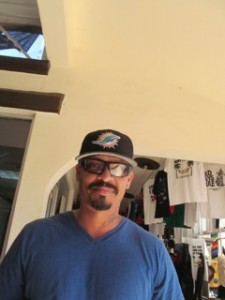