Our time at the Sonoran Desert National Monument was a great adventure.  The area was beautiful and green, the washes were filled with amazing rocks and  it was very amusing to walk up and discover things.  We had a great time using all the UTV trails.  Our friends Connie and Jim from Arizona City came out to go riding with us a couple of times.  We found out that when the Government decided to make this area a Monument they bought out a few farming businesses that were established here .  They have lain abandoned now for over 30 years and anyone is free to roam around through the grounds at will.  We tried to make up stories about their lives out here in the desert.  Some of the out buildings were made of railway ties grouted together and even after more than 30 years of neglect the walls were as true as the day they were built. The courtyard of the residence had a outdoor fireplace that had been constructed with stones containing the green and blue of  turquoise and azurite. The corral fences had large split rails that had gradually loosened and  fell. Most of the buildings were intact and could be used today.

In all the 2 weeks that we were here we only met a few other people that came into our campsite.  Apart from the jets flying very low, it was nice and peaceful.  One doesn’t see a lot of wildlife because most of it hides during the day to stay out of the heat and comes out when we are sleeping.  But in one wash we drove up we did see a large owl and many Phainopepla (birds that live off Mistletoe) and lots of lizards.  We also one coyote and many Jack Rabbits that were almost as big as the coyote.  I managed to lure in some hummers since nothing was blooming yet.

Another thing we do while we camp is pick up brass bullet casings.  We then either give them to our friends who re-load them or sell them to a recycle company.  We often make ourselves a little nest egg.   There was plenty of brass lying around, though much of it had darkened with the sun land were very hard to see.  Of course old eagle-eye Dale had a ball.

There were some wonderful Saguaro Cactus throughout the Monument.  These Cacti are amazing.  They are the largest of the desert Cacti, sometimes over 50 ft high.  They are extremely slow growing, a ten year old plant might be only one and a half inches high.  They are about 60 years old before they bloom and until then they won’t grow an arm.  Some never grow arms but some have many. Generally the arms grow in an upward arc always smaller than the trunk. But sometimes the arms grow down or break off .  I haven’t been able to find out what causes this phenomenon. But I suspect both weather and humans can cause this.

The cactus has a creamy white bloom that is its means of propagation.  The Arizona Woodpecker and the Gila Cactus Wren are the principle propagators.  Some Saguaro can live up to 200 years old if they are protected . Sometimes the breakage or death of the plant is precipitated by ignorant humans, who use them for target practice (see the photo below).  Although they  are protected by the state it is impossible to police all the desert areas.    This happens more than you might imagine.

Our short stay was terrific except for one incident that happened just as we were getting ready to leave.  I had decided to go into Casa Grande to stock up on groceries. I left with the truck and was on the freeway by 10 o’clock.  I just got out about 5 miles and I felt a tire blow.  Fortunately I was almost at the entrance of a Picnic area so I went in to assess the damage.  I smelled burnt rubber as soon as I opened the door.  It was blown alright, there was no rubber on the rim, it had blown to the sides and was shredded. I was amazed at how well the truck had handled after the blowout. The speed limit here is 75 mph and I was going 70 so it could have been a real disaster. But now what? I couldn’t change the tire myself because it was all too big.  So, as usual I phoned Dale back at the campsite and asked  him what I should do since I was all alone in the Picnic area. He calculated the distance between us and thought it was about 8 miles. He had our little Polaris Razor which was registered for highway use so he said he come and fix the flat.  I was a little apprehensive about this plan because any part on the freeway would be driving down a road with large semis going 75 mph.  Would it suck him right up?

But that didn’t happen and he made it to the Picnic spot and changed my tire and sent me in to go to Discount Tires to get fixed up.

At the tire shop, this very nice young man helped me out but said he couldn’t finish the job because he needed to order that particular in from Tucson.  He also looked at the spare that Dale had put on and thought it wasn’t safe to drive back to the Monument.  He would put on a loaner until we came back Wednesday.  He couldn’t have been more helpful.  On Wednesday, Dale dropped me off at Connie and Jim’s place and went to get the tire.  He came back 3 hours later and was very upset.  No, he didn’t get the tire. Yes, he was upset because he didn’t seem to get the same service that I did.  After waiting 45 minutes he asked how much longer and they asked if he was on the list.  It appeared that he wasn’t so they put him on the list and promised that he would be next.  Well, they completed two more cars and didn’t call him.  So basically he got mad and left in a huff.   So he had to do it again the next day.  This time the manager waited on him and they had a heart to heart talk.  Everyone was happy when he left.  And so I goes. 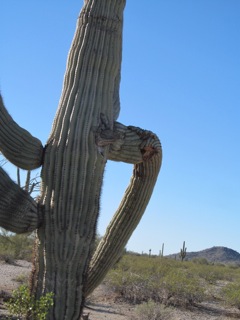 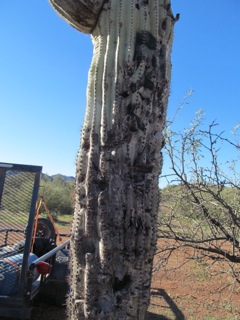 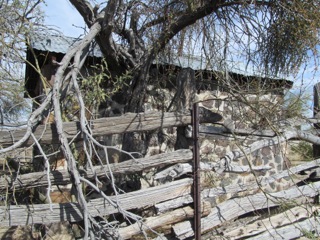 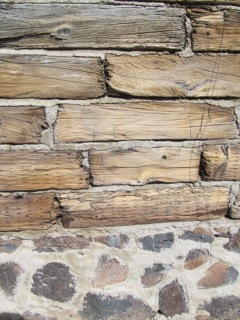 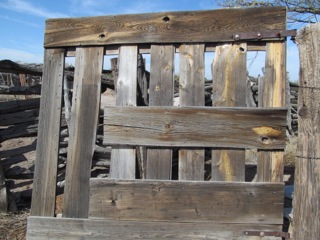 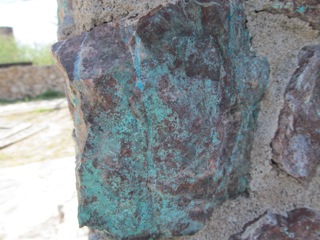 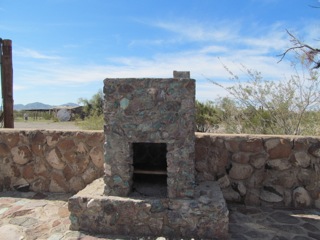