It’s been an interesting trip so far  We were in such a hurry to get on the road, I think we overlooked the down sides of being a snowbird.  I know I shouldn’t complain but I’ll let you decide you if you think I am over-reacting.

1  When we left our, UTV was already acting up and Dale thought we could we could fix it on the road. So we are still waiting for the parts.

2.  I told you the story about the window blowing out and my trying to save it.  That is fixed.

3.  Outside Hope about 5 miles we broke a spring shackle on the trailer, which caused the trailer to drop down and touch one of the tires.  This caused a mighty noise and filled the trailer with smoke before I could alert Dale.  He then jerry rigged it so we could  limp into the campsite.  We are still waiting for the parts.

4.  We had a huge fight with Verizon (cell phone provider) to get our plan back at our original agreed-on price which we  finally  did (we hope)  after 5 hours on the phone.

5.  Dale had another big blowup with our online pharmacy to get the essential heart drugs delivered to us.   Which hopefully will happen soon.

6.  Dale had some trouble with pain in his heart which may or ay not have been because the Dr. doubled up his one new drugs.  We went to a local clinic to get an EKG but he wouldn’t do it without calling 911 because his pain indicated a possible heart attack.  Dale refused.  We waited a few more days and the went to Wickenberg to the ER and they did some tests and finally released him said he was OK but with instruction to call his heart Dr in Spokane tomorrow.

7. My knee is doing OK but my left foot had been really hurting and it has turned in since my surgery.  I have had trouble with arthritis on the top of that foot before but I am not getting it under control.  This might also turn into another visit to the ER.

8. We realized that we had to replace the tires on the UTV trailer which was not only inconvenient but costly.

9. Dale told me today that he thinks on of the truck brake is going bad, oh joy!!

Apart from that, the weather is fine and the park is fun and we are anticipating some old friends to arrive here soon. 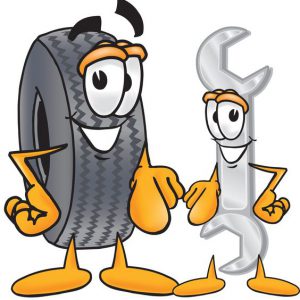