Well, here it is the beginning of June. We’ve had a very busy time since we got home One thing is that it looks like our house is sold. We are working through a pile of appraisals, inspections, and other time consuming details many of which seem like a colossal waste of everybody’s time and money. It’s very frustrating but there is nothing to do but plow through it piece by piece. If all goes well we should close by June 19th. Fingers crossed. That’s the good news, the bad news is that there is still work to be done for the inspectors and furniture that needs to come out here.

Meanwhile ‘back at the ranch’ things are progressing. We are pouring the cement in the garage in three large sections. This requires that we constantly are moving our “stuff” from one section to another. Even though we have pledged to pare our “stuff” down to a minimum, there still seems to be too much.

I have undertaken the my usual job of beautifying the place. First I enlarged my little oasis down below so it could accommodate our patio swing as well as a couple of chairs. I also moved the little fountain down there. I’ve put up bird feeders everywhere because I am hoping for a big turnout. Then I started a kind of path with steps going from the deck to the swing. I am laying down a roll of tar paper that was left by the contractors. It will work as a weed barrier, then lining each side with big rocks. Whenever I need a rise I stake in a 4×4 and fill it all with gravel. If I water it well it packs solid. It seems to be working ok.

Another project that has evolved out of necessity was a shady place on the east side of the trailer for us to get away from the heat. I dug it out until I had a level spot about 10 ft square. I laid down one of our camp mats and set up some chairs. This is also a spot where I have put up some bird feeders.

The other day I found a home made birdhouse that someone had given Dale.  I found some wood to back it and nailed it to a tree in the shady spot. There were directions how high to put it. Well I must have done good because within 10 minutes a little house wren spotted it and began to go in and out for about 20 minutes. She would go inside for a few seconds then hop out on the perch for 1 second and then go back in, then do it all over again. She seemed to be very anxious but soon decided it was the place for her. Beginning immediately, she started gathering tiny sticks and straw. When she approached the little hole with a stick too long, she’d try it a couple of times and then scoot it along her beak until she had a short end. Then in it went and out she came, off on another forage. This nest building has been constant until all manner of debris is sticking out the cracks. But somewhere along the line she was joined by another wren, who I assume is the father of her to be laid children. She is always chirping at him which appears to be criticism so I guess they are married. Oops.  I just googled the wren’s nesting habits and it appears that I was wrong.  It’s the male that has built the nest and the second wren was a female he was trying to impress. Now I am afraid that all that chattering was her telling him what improvements she wanted before she would have his babies. My bad fellas! 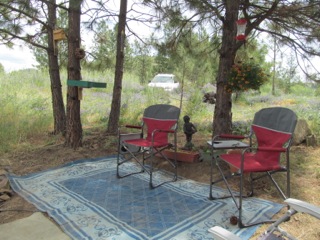 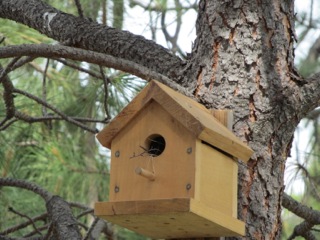 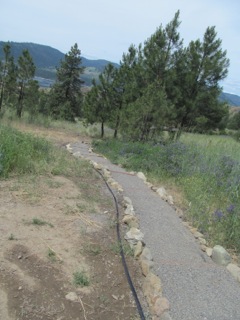 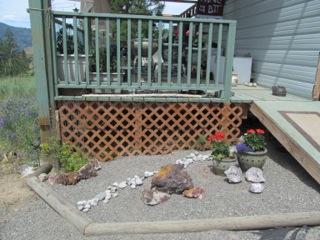 Hurry Up and Wait

Is this Fun or What!