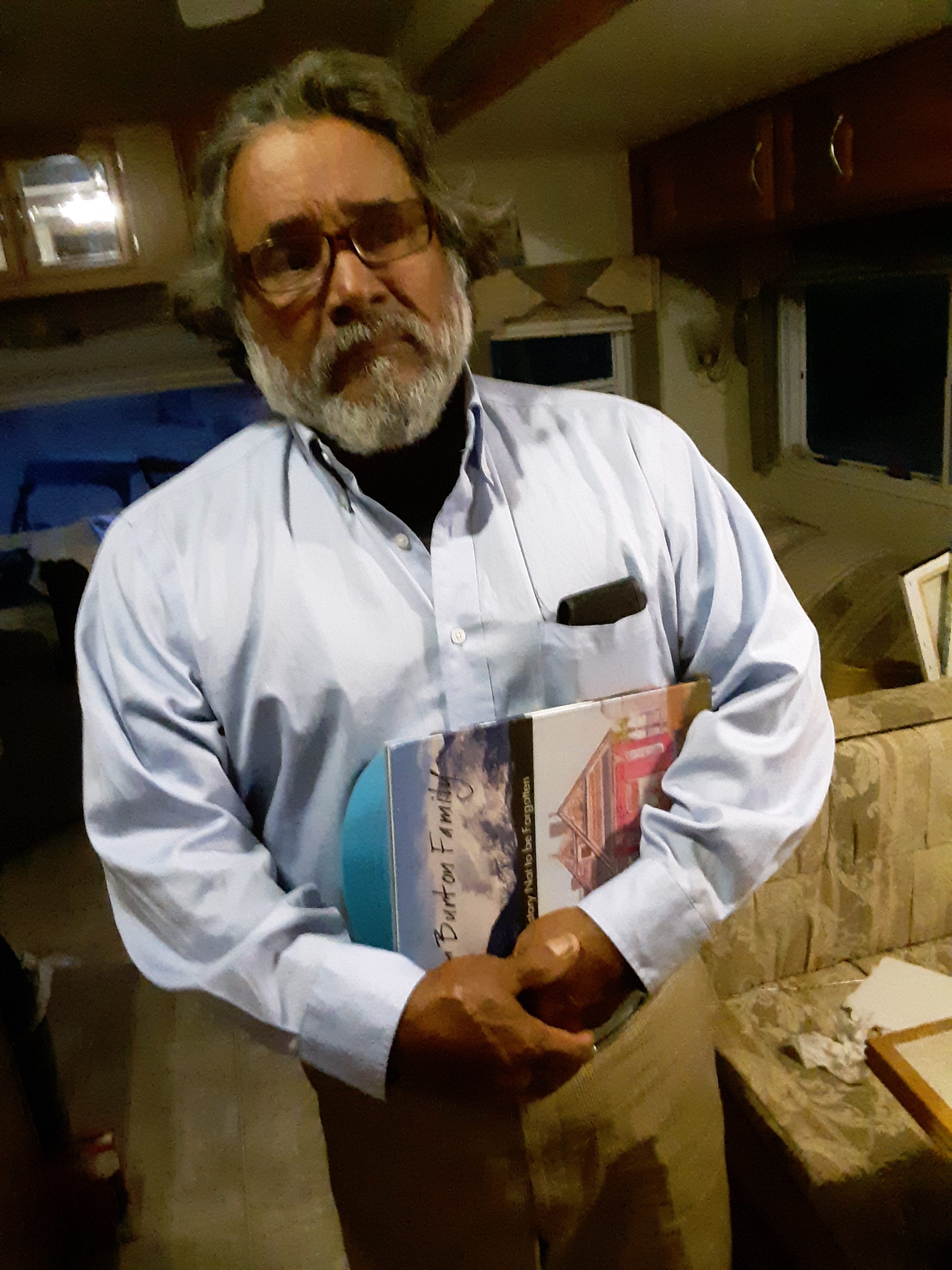 Around the same time, some inmates came to Hector and asked him to come to their church.  He just laughed at them and told them that Hector Jimmenez doesn’t do church, he doesn’t believe in that junk.  They left that day but they had no plans on giving up on him.

They came back the next day but didn’t try to convince him to join them, just left him a Bible.  He picked it up and threw it in the corner of his cell.  From time to time he would pick it up to clean his cell.  He would put it down until the next time he cleaned.  One day he just got tired of picking it up so he threw it down to sweep it up for the garbage.  But when it fell it opened up.  He went to sweep it up and started reading the open page.  It happened to be the story of Joseph and Jacob in Genesis.  As he started to read the story he just started weeping.  It was like him but he couldn’t seem to stop.  He wept for all the things that had gone wrong in his life.  But he loved the story and continued to read this bible every day.  He was enjoying it but then he realized it was a teaching book.

At Santa Rita where there were 2 man cells.  He decided he would give making beer and lethal weapons.  But he was still associating with some really bad inmates so he gave up reading the bible.  He actually tried twice to stop reading it  but he always returned.  He was having a hard time reconciling his bad behaviour with Christian values. This went on for a while before he decided he couldn’t do both.  The next time the inmates tried to get him to return to his bad ways he threw them out of his cell.

He only associated with the two inmates that gave him the bible and went to their church.  But over time he realized that they too were hypocrites because they acted one way in church but did bad things the rest of the time.  He was angry and disappointed.  He decided to make a promise to God that he would follow the Christian ways forever and asked Him to look after his mother, who he loved, and keep her safe and healthy.

At that time he was spending much of his time in solitary confinement usually caused by other inmates. So Hector used this solitary life to find out how he could change the direction of the life that remained for him.  He still had 7 more years to serve which he planned to spend alone reading and learning from his Bible

The prison system has designed a plan to reduce the number of escapes. When the inmates get too familiar with a prison they start seeing ways to possibly escape.  It is usually around three years.   At this time they are transferred to another prison to spend the next three years.   So it was time to send Hector to another prison.  He was sent to the prison in Santa Rita for a time then later was transferred again, this time to Whetstone also in Tucson. This place enabled him to further study his bible with new inmates that he learned to trust.  He spent three years there and then was moved to Manzanita Prison also in Tucson.  There he did the rest of his time.

Hector was always a very neat and clean person but as the years passed he became even more diligent. A prison is a very dirty place and is overrun with diseases.  There was hepatitis, scabies, and scores of STD’s  and also MERSA.   As Hector’s release became close he became obsessed with making sure he didn’t carry any awful diseases to the outside.  He became a germaphobe.  He knew he would be going to a halfway house to live with other released prisoners.  During this time he kept almost everyone out of his cell to prevent contagions.

When I first met Poorman I noticed how he kept his van and his campsite clean and swept.  Over time I often saw him polishing his vehicle and raking his campsite.  I also noticed his clothes which were often white were always washed and ironed. This is quite unusual for homeless people because they don’t have a lot of access to soap and water, especially in the winter.  He had spent quite a bit of time making places along the canals to stop and pray.  I visited a number of them.  He also rigged up little platforms where he could stand and fish but were mainly used for his daily bath.  He was very settled in this vagabond life.

The prison system has designed an exit program to try to reduce the amount of recidivism.   This program consisted of a number of Halfway Houses, ironically called “ Rest Homes” to let the inmates know that they are halfway there but now you should rest.  Hector was now ready to be released to his first “Rest Home”.

Located in Scottsdale oddly enough one of the most prosperous places in Arizona.  But this facility was a “Lock Down” but a prisoner could have one hour per day to leave the grounds to go to the store and back and it was timed.  The facility also had various programs that a prisoner must complete successfully to be able to move on. Hector had to complete all his programs which would take 5 months to graduate.  His next move was to a Halfway house in Phoenix.  These places are free to any inmate who has nowhere else to live and is receiving no other benefits.  If he has benefits he will have to pay $500 a month while he is still on parole.

When Hector’s programs were finished and his parole was finished he was free to go and live with anyone he chose.  Hector was going to stay with his sister Margo and her husband David.

You’re Not Going to Believe This!!