“Play around. Dive into absurdity and write. Take chances. You will succeed if you are fearless of failure.”

Well, it’s time to pack up and leave sunny, windy Mexico.  We really did have a nice time here.  Although the locals constantly told us that this cold weather is very odd, I didn’t mind it much. It is still better than winter in Washington State.

The wind storm we had that blew in from the Pacific was a doozy.  We were just driving home from San Felipe the wind started and within minutes the sand had lifted and we could hardly see in front of us.  We had to drive about 10 mph to avoid hitting someone in front of us.  Even though our beach was sheltered from that wind, we couldn’t see the ocean. That finally blew itself out but the next day was followed by the “Santa Anas” from California.  We had high sees and very low tides.  The ocean here recedes about a half a mile from the shore.

Then we got word that there had been a chemical spill near LA and that it was poisoning the water here.  All clamming was off limits.  Later that week we heard that 25 whales had beached and only 3 survived.  We saw one of them on the beach downtown.  They had to have a large boat pull it out to sea when the tide was high.  But everything went on as usual. I guess that living by the sea, one gets used to such tragedies. There is a rare dolphin that resides in the bay here and we saw one of them dead on the beach as well.

Our campsite was very nice and for a while we were the only 2 units on the beach.  Then a few more people came and of course we all met each other.  It appears that most of BC has moved down to BC (Baha California).  At one time Dale was the only American on the beach.  It stayed that way for a while then someone new moved in.  When Dale inquired about his home he told  him he was from Washington State.  When asked where in Wa., he replied, “You wouldn’t know it, it’s a tiny town named oddly, Tum Tum.”   Dale laughed and asked him if he knew our good friends who live there.  He did.  We explained that we had lived about a mile from Tum Tum.  So go figure.

But we did meet a lovely couple from Israel who had bought a motor home and were touring Mexico on a 6 month vacation  They then intended to sell it and go home.  We had a great meal together while we pied them with questions about their  life.  We gave them some cards and a necklace to remember us by.

Another country visited next.  An older couple from Australia arrived and shared some of their travel stories with us.  They had been everywhere.  She was a wonderful Watercolor artist as well as proficient in installing Mosaic Tiles.  We exchanged cards.

So you can see we have been very busy.  A couple  who live here full time befriended us and gave us some great tips for getting along here.  They have a lovely house that overlooks our beach  They had just acquired a tiny Boxer puppy that keeps them hopping.

We went hunting for hot springs in the ocean at low tide. We found one at a shell beach and another near town.  You have only an hour to play before the tide chases you out.  You have  to dig the sand away to fill a hole big enough to sit in.  It was fun.

We are all going out tonight to celebrate our time in Mexico and say goodbye to all our new friends.

There is  something about Mexico that makes you keep coming back. 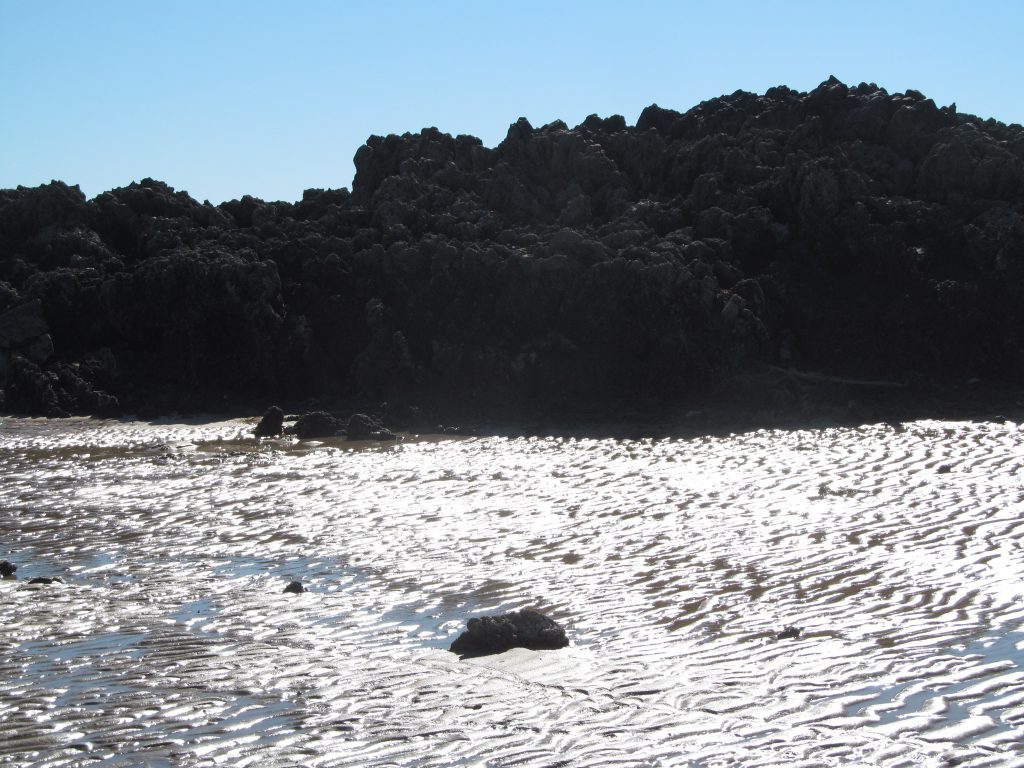 These rocks have hot water bubbling up in front of them. 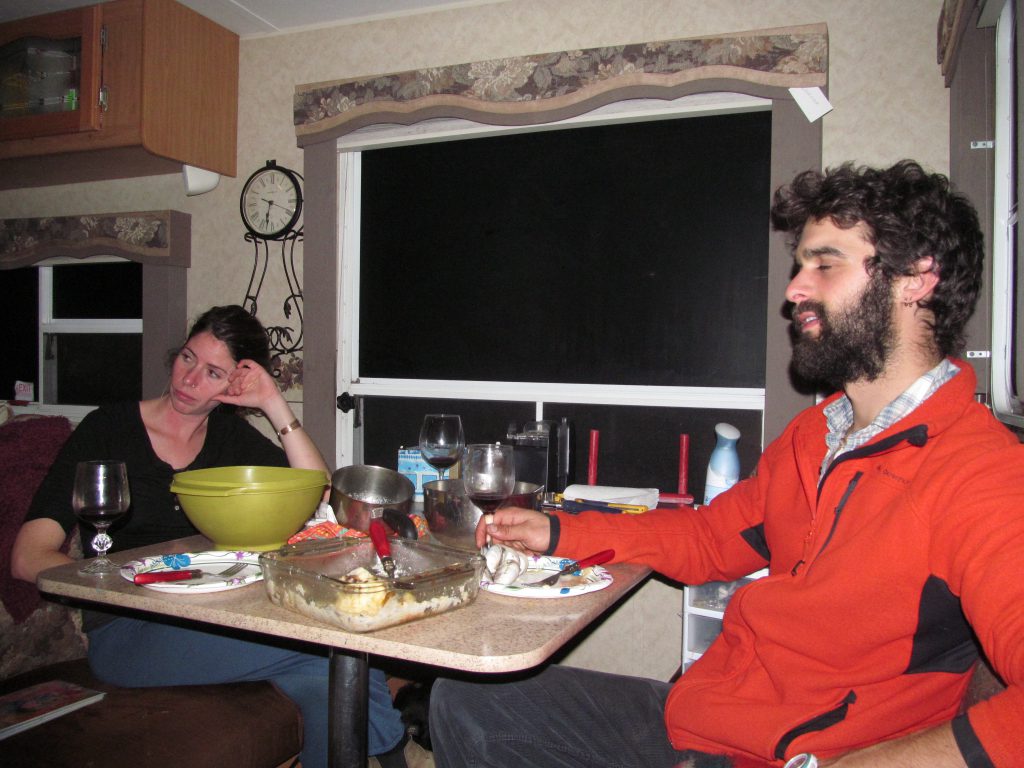 These are our friends from Israel