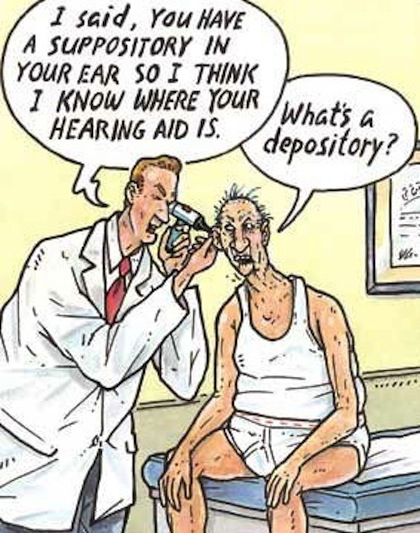 Some time has gone by since my last blog.  It is mainly a waiting game now until I get my surgery.

When I first was told that I couldn’t have my operation until Aug 30th I was really upset.  I was in so much pain by then I just couldn’t imagine waiting  more than a month.  I was also seriously concerned about the amount of pain medicine  I was consuming just to function.  But what could I do?  So I just bungled along and took care of business.

The next order of the day was my bone density test.  It went off without a hitch and a week later the Drs, office called and said that my bones were in bad shape and I would have to start taking calcium and Vit D3, a bunch each day.  I explained that I didn’t take calcium because I couldn’t swallow the pills without gagging.  Well,  is appears that they now have Calcium Gummies  for Kids and Me.  So that problem was solved pretty painlessly for once.

But we have another problem.  Dale had both of his feet operated on a couple of years ago and one of them has flared up again.  It was bothering him a lot and we had to go back to his Podiatrist  We explained that I would need a driver at the end of August and could he get the surgery before then?  They were very obliging and scheduled him for the 3rd of August.

The small operation went very well and I got him home in great shape.  He was tearing around like a pup until the freezing wore off.  But the next few days, he just seem to get worse and worse.  He knew he had an appointment on Monday with the foot Dr. so he just bit the bullet..  By monday he could hardly walk.  We went to the Drs. office and they took off the dressing.  His  foot looked awful.  It looked , as the nurse said, very angry.  The skin looked  bright red  leather and one area had a pus pocket.  He was obviously in trouble.  The Doctor examined it and explained he had a bad infection (he couldn’t guess where from) and he would put him on antibiotics and more pain medicine immediately.  We had a long discussion about care and expectations.  He was to take the antibiotics for two days and then come back.  He would know more  then by Dale’s progress.  He was to keep it elevated ALL the time and was not to do anything except go to the bathroom. For once he listened.

The antibiotics started to help almost immediately and he began to feel better.  He rested all day Tuesday and by Wednesday morning he could walk on his foot a few steps.

His appointment was at 2:15 and we were there on the dot.  The nurse came in and began removing the bandage which turned out to be quite painful because the wound had wept and dried making everything stuck together.  When it finally came off we could see the pen mark the doc made two days ago.  But the infection had moved right passed that mark and was getting larger.  When the doc came in he was unhappy that the antibiotics had not started to work.  He finally said

“ This is not good, we are going to get more aggressive .  I want you to go to the hospital’s emergency and check in.  I hope they will admit you to start getting intravenous antibiotics until this shows signs of improving”

He wanted to rewrap the site after he got a culture and then phone the hospital.

So over we went.  We had Gracie in the car wanting to get out for a bit.  Dale went into the ER and I walked Gracie.  He jumped the line receiving some dirty looks and was put in an exam room.  A nurse came in and did the usual stuff and told us a PA would be there as soon as he could.  Dale figured that it was all paperwork from now on and I should go home and figure out what I was going to do.

It was a bit of a wait and Dale fell asleep.  Our PA walked in with a loud greeting and Dale jumped awake.  He apologized and told Dale that if he could sleep in an ER he could sleep everywhere He then proceeded to unwrap Dales foot.  It looked pretty bad.  The PA pointed to the leathery skin and said it would have to go.  I excused myself so I didn’t have to look at it.  I found out later that he just lifted the skin and it peeled right off without any fuss whatever.  But because Dale wasn’t running a fever or being sick then he didn’t meet the criteria for admittance.  The PA said he would do a few tests to make sure there wasn’t anything else going on, like a bone infection, and then send us home with an additional antibiotic

By the time all this was done it was around 5:30 and we still had to go to the drug store for the prescription.  I took it in to the pharmacy and was told it would be an hour before it was ready.  That meant we wouldn’t get out of town till after 7.  I went to a nearby store to browse and kill time while Dale slept in the car with Gracie.  I went back in an hour and was told it would be another 30 minutes.  I spent 30 minutes walking around the store and went back to the Pharmacy.  A staff person looked up Dale and said they were just being counted and would be ready soon.  I checked in 15 minutes and was told they were still counting.  They obviously were lying or they couldn’t  count because the prescription called for 10 pills.   Finally another 10 minutes and I got the pills and went out to the car.  We didn’t get home until 10 to 10,  completely exhausted.  The plan is for Dale to take the pills and go to his doc in 2 days.  Given it hasn’t had a chance to change we can now be admitted.  What fun!!

By the time Friday came,Dale had had enough.  He had a bad night and was tired in the morning.  He just wanted someone, anyone to take care of this infection so he could get some relief.  He said that he was going to phone his foot  doc and tell him he wanted to go straight to the hospital, not drive all the way out to the valley and turn around and come back to the hospital.  His doc agreed and said he would set it up.

We arrived in Spokane by 10 am and went straight to the ER.  They took him right in to triage and and through to an exam room.  The ER doc came in and looked at his foot and agreed to admit him.  An hour later he was in a room and was being pain meds and antibiotic.  In the middle of all this the pre op nurse phoned to go through my upcoming surgery.  That took about 30 minutes.  I went up to Dales room and he was getting sleepy so he suggested that I head out to our friends place in Suncrest where I would stay so I didn’t  have to make the long drive to home and back.

It was great to reconnect with our old friends and a delight to share their home. My dog Gracie, after spending a many hours in my car while I tended to her human, was a bit lethargic.  But when we drove up to our friends place she perked right up She got out of ht car and immediately started to sniff all around the yard.  The garage door was raised up a bit so she ran in and out looking frustrated.  I went to the side door and opened it and out ran George, Gracie’s brother.

It was a great reunion, they recognized each other immediately and started running around frantically playing catch me.  George is about a quarter bigger and a slower that his sister but they look a lot alike.  It was fun to see them so happy together. A bright spot in a difficult situation.

I slept well on the great bed but was plagued with nightmares to no-ones surprise.  I kicked around the little town, went to some garage sales and visit4ed some other old friends.

Just after one I drove into the hospital with some roses from our friends garden and spent the afternoon playing cards with Dale.  His foot is already showing signs of improvement and he was in good spirits.  I picked up some supper and a couple of movies and drove back to my temporary home.  It might be possible to get Dale released tomorrow.  Keep our fingers crossed.

ON THE MEND AT LAST