This is not a chronological telling, it’s more like a jigsaw that was my life this summer.

One day, in the spirit of helping out with the construction of our apartment in the garage I offered to help by painting the newly textured ceiling.  Along with that I promised to paint the deck where we had just installed our new hot tub.  I had bought the green paint a year ago to put a second coat on the deck but had never gotten around to it.

I woke up raring to go and decided to get the smaller of the jobs out of the way.  My husband was in town for the day so I would have no distractions.  The gallon of paint, I should say stain was right where I had left it.  Upon opening it I saw it was almost solid half way down the can.  I found an old piece of metal and proceeded to stir it up.  It was really badly gelled and I could see this was going to take me an eternity to get this usable.

Now previously, our carpenter, framer, plumber and friend had brought up a home- made paddle stirrer that fits on a drill for the Spackle that we put on the ceiling.  I knew that Dale had used it to stir the 5 gallon bucket of texture.

So I went looking for it.  Finding both the paddle and the drill I put them together and plugged it in.  But I could see that the paddle was too wide to go into the gallon can so I found a plastic bucket and dumped the mess into it,  The paddle fit fine and I pulled the trigger.

Well, all hell broke loose!!!  The bucket flew up in the air under the whirring of the powerful paddle and sprayed stain in an ever growing circle around the garage.  The drill flew out of my hand and landed on the floor with a thump. The only thing not touched was me.  I stood alone in a sea of stain.  I was in shock. And starting to feel really stupid.

My mind immediately started a plan of how to clean this up before my husband got home.  A hose would do it.  I just had to get outside and hook one up.  I started to step when I realized that my smooth shoes would slip.  So I took them off (don’t ask me) and stepped onto the stain in my bare feet.  Immediately I realized my mistake but it was too late.  Way too late !!!  My feet flew up over my head and I came down with a mighty splash on the cement floor.  It happened so fast I just sat there wondering if I broke something. I hit so hard I was dazed.  Finally I started to think again and so far I couldn’t feel any pain so I rolled over and started to crawl out of the slippery circle.

When I reached dry ground I stood up and

surveyed the damage.  For about a twelve foot circle all around the garage by the big doors was green stain reaching up about 2 feet. The stain had been distributed in big lumps of gel. But I was still determined to paint the darn deck so I crawled around putting the lumps back in the bucket figuring I could water it down  some. With that done I headed out the door to get a hose, still not thinking too clearly when I realized I was now bare footed.  Limping across the gravel driveway I found two hoses, connected them putting on a spray nozzle and dragged it all back to the garage.

I slowly started to wash down all the stuff the stain had touched.  This included several 5 lbs buckets, a steel desk topped with tools, my husbands tackle box ,blessedly almost empty, a tall standing cupboard and miscellaneous garden tools and garbage.  As I worked I realized that my hands were starting to hurt, especially my left one.  I deduced that when I was falling I instinctively put my hands down to protect myself.  I was now feeling it.

The next problem arose when I realized that the cement floor was ever so slightly sloped into the interior and all my water was running backwards.  The circle had doubled.  Quickly seeing the error of my ways, I grabbed a wide push broom and started channeling the water outside.

After much work I had pretty much got rid of the stain and started to put some stuff back. I was starting to hurt a bit more, my wrists and my backside were both bothering me, but I was still determined to do the painting.

I added some water to the gelled stain and started stirring but still had the same problem.  I decided my idea hadn’t been all that bad except for the consequences so I got my little hand mixer out and got the stain useable

The deck job took about an hour and a half and didn’t look half bad.  But by the time I was finished I was feeling a little sick.

So I went in and laid down for a while and put off the next job for an hour or so.

My wrists were starting to turn kind of black and blue and were hurting.  Which just served to remind me what an idiot I had been.  I went into the bedroom in our apartment and tried to paint the textured ceiling with a big fluffy roller.  But it took so much pressure on the long broom handle to  get the paint to penetrate, I gave up in defeat.

I had a thumb guard from a previous injury but I couldn’t find it.  So I phoned my husband and told him to pick me up one. He said ok but didn’t ask any questions.  I decided to get cleaned up and tell him all about it when he got home.

When he did arrive I was all gussied up and holding a glass of wine for him.  He came and sat down and immediately asked me what was wrong.  I was surprised but he said my voice was funny on the phone.  Up till then I was still feeling kind of sheepish but when I started to relate the story it started to sound funnier and funnier.  Of course he was wonderful and ‘there, there’ ed me through it and asked me about the injuries. All was well in the end with the exception of the fact that I couldn’t sit down for two weeks without wincing.

My knees, what a nuisance.  The last two winters I have had to have arthroscopy surgery on meniscus tears.  Once on my left and twice on my right.  It wasn’t all that bad but very inconvenient and painful. But worst of all is that there was no hope of it not happening again.  During the spring I found it harder and harder to ignore them.  I guess I was not lifting my feet up because it hurt resulting in several falls.  Fortunately I didn’t break anything but realized I’d better go and see about it.  My Doc sent me to an Orthopedist.  He called me and set up an appointment later in Aug. A

In the meantime we were trying to get the bedroom finished just in case I needed surgery.  I was pushing pretty hard and trying to get thing done before we went on our wonderful cruise in Europe .  My knees were getting worse. Especially my right one.  But by the time we were ready to go, it had settled down a bit.

But off we went to Europe and had an exciting wonderful time I Barcelona, our Wine Cruise, and Nice France.  I started out really well but as the trip progressed, my knees got really bad.  I was determined not to miss anything so I just kept pushing.  By the time we flew home, I could hardly lift my feet, and going down any step was impossible.   At one point I was in a restaurant which I stepped up to but couldn’t step down.  I had to go out a back door.

My appointment was 3 days after we got home so by that point I was pretty sure I would have to have both knees done.  My Dr.s visit started with more x Rays and I waited for the news.  The doc was  very thorough, showing me the x rays and explaining that I was bone on bone on one knee and the other was bad on only one side.  But he suggested that he felt I should postpone any surgery until at least the Spring..  He said he wanted to shoot both of them with Cortisone and see if that would ease my discomfort.  He hoped it would last over the winter.  So I got the shots and lo and behold several weeks I have been almost completely pain free.  I feel like I have my life back.  So now it’s a waiting game but I am very optimistic. 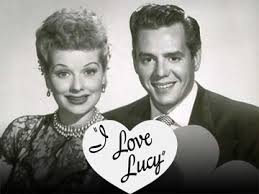 How to Get a New Husband for Cash

I CAN’T BELIEVE WE ARE DOING THIS FOR FREE!!!