This story starts earlier this month about a day after we returned from a great weekend with our kids in Creston, BC. Everything seemed normal that morning when we noticed your 16-month-old puppy Bandit came into the house looking a bit weak.  His ears were kind of droopy and he was listless, not like him at all.  If you read any of my previous blog you will know what I mean.  I thought he was tired from our weekend like we were.  As the day went along he seemed to get worse.  He started to throw up and choke a bit.  More worrisome was the fact that he refused to eat or drink.

By the next morning, I was more concerned so I drove him the 30 miles to our Vet Hospital to have him examined.  Our vet Dr. K  looked him over and suggested an X-ray to see what was going on.  When she showed it to me, we could see something in his stomach but could identify it.  She thought it looked as if it was moving and hoped that it would work it’s way out.  A bit concerned about infection, she gave me some antibiotics and some other medicine and recommended that we try to avoid surgery and wait it out for a couple of days.

We took him home and tried to make him comfortable and give him his meds, but he was having none of it.  We managed to keep the first ones down but he was so mad at us that he went outside and hid.  Dale was fishing and forgot his phone. I had searched high and low for 4 hours and still couldn’t find him and I was starting to panic.  I am cursed with a vivid imagination so I thought he had wandered off and died. By the time Dale got home, it was dark and I was frantic.  We both searched with flashlights and I finally found him under our deck up against the hot tub.  But he refused to come out so Dale had to go in and get him.  For the next while, we took him out on a leash.

The next day he improved some but was still mad at us. He hid again twice when we accidentally left a door open.  That night we managed to get him in by bedtime. The next morning he seemed to have a set back so I phoned Dr. K. and she said to bring him in.  She did another X ray but couldn’t determine if the blockage was moving.  We left him there so she could watch him more closely because something was definitely wrong.   She tried to call us the called the next evening to say she was going to have to operate. We were out with friends and missed the call.  When we got home it was late so we just went to bed. We got a phone call early the next day from Dr. K saying they went ahead with the surgery that lasted until after 10 pm.  The news wasn’t good.  He evidently swallowed some kind of very strong thread that wound around his tongue, cutting it and then travelled to his stomach gathering other debris and passed into his intestines and wound around and cut several feet of intestines.  It was too bad to repair so they removed about 30 inches, took out the offending mass of thread and sewed him up. But just as they were closing they saw another hole near the pancreas so they carefully patched that.  All in all, he was in bad shape.  His chances were iffy because of the dangers of that kind of surgery.  She told us that if he lasted for the first week without complications, then he had a better than 50 percent of making it.  We were devastated.  Bandit means a great deal to us.

In spite of that, I asked Dr. K if we should be considering euthanasia.  She suggested that we wait and see if he rallies.   We spent the next few days trying to keep busy so we didn’t think of the bad outcomes.  In fact, I did 4 paintings to immerse myself for several hours a day.  I will include photos of them.

At first, he improved each day a bit and we were hopeful but he took another turn for the worst and Dr.K wanted to go back in to see if she missed something I waffled.   I just didn’t want him to suffer anymore.  But I finally agreed.

We got a call around 10;30 am saying she finished the surgery and found that the incision that connected the intestines had pulled off with pressure and she was able to reconnect it much more securely.

So we were back in the waiting game.

Two days later we went over to visit him.  Dr.K felt he was gradually improving and we could take him home.  He would probably do better with us than staying in the hospital cage.

That was 3 days ago and she was right, he has done better.  He is eating  and drinking and we are able to keep him on his medicine.

Each day he looks a little better and for the first time since he got sick I am encouraged.  It should be about 2 weeks before we can tell if he is going to be OK.

But all in all I was not surprised and several people said it was more than reasonable.  So our FREE Puppy is now worth more than my car. 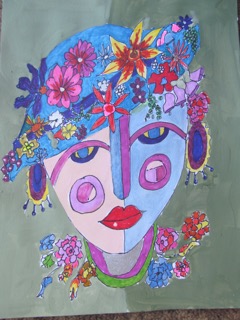 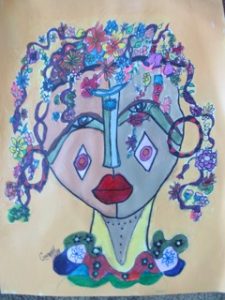 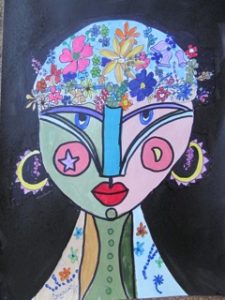 Why you haven’t heard from me!!