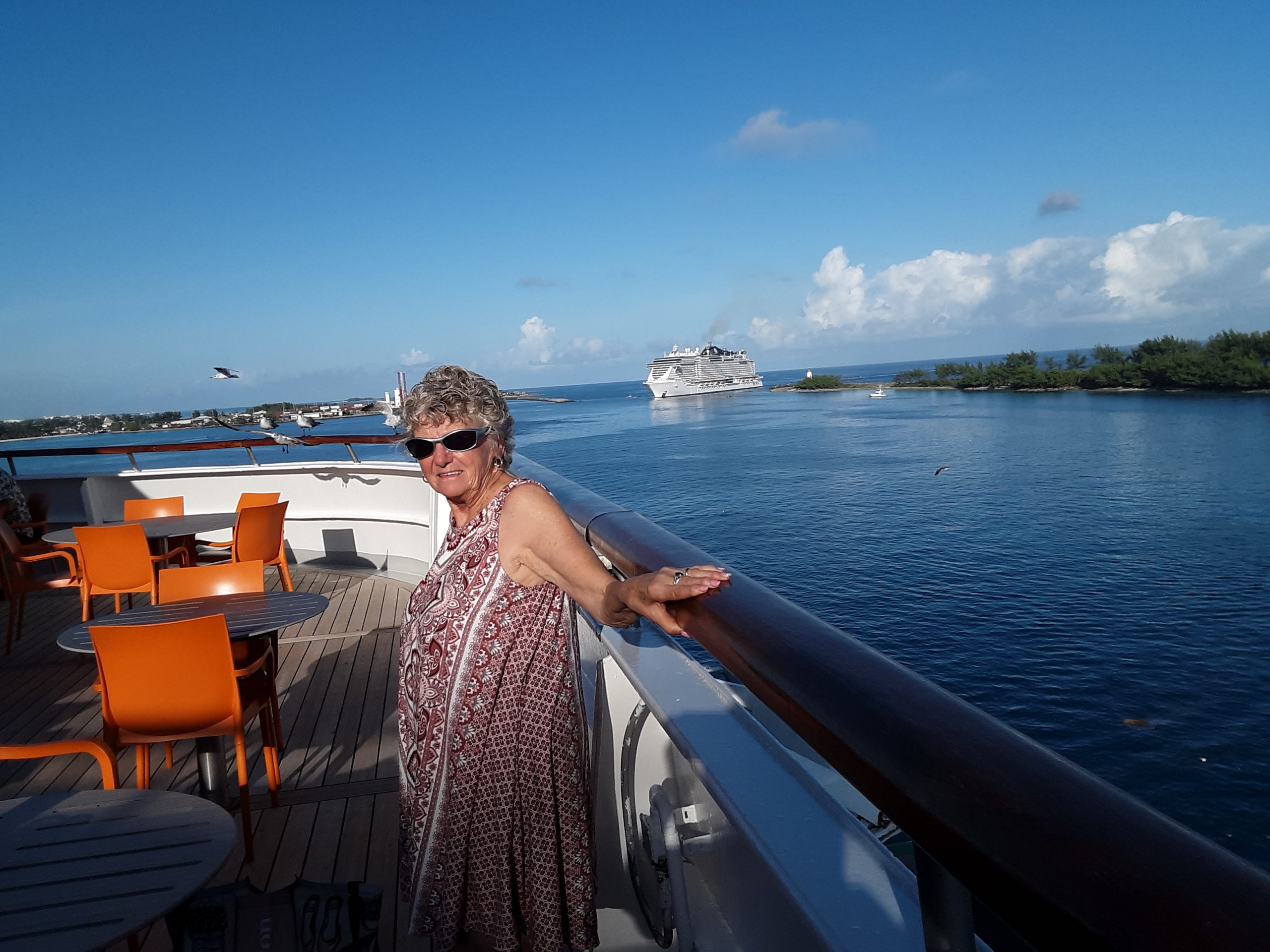 In the spring when we got home from Arizona, I was pretty worried about going south again next winter.  I knew I would have trouble convincing Dale to stay closer to home so, I was looking for a distraction.  A few days later I answered the phone and it’s a salesman offering us a free cruise to the Bahamas.  Great, I thought, this will take Dale’s mind off going south.  These “free” cruises are designed to capture your attention and then try to sell you a Timeshare or some facsimile.  We already have a Timeshare that we can’t get rid of so I was interested in another one.  But the catch is the cruise leaves from West Palm Beach Florida and you pay your own way there.  I figured that if we had to fly there we might as well stay for a week or so.  I booked some hotels in Fort Lauderdale and Orlando with the cruise company who offed the rooms free and a rental car, also free but we had to pay the taxes on all of them as well as a Port Fee.  Well, I am sure you can see where this is going.

But I must have been drinking too much wine so I agreed.  We talked it over and realized that it probably not going to be a high classed holiday but what the heck?

That started months of making complicated plans, fee-paying reservation and cancelations, upfront fees, promises of $500 in food vouchers and $50 each match play at the casino onboard.  I spent may hours on the phone over the next 8 months but finally got it all together.

We had to pay for our flights so I asked Dale if he would take care of that, which also was complicated because we flew into one airport and left from another.  We had to be sure that we could do that with the rental car too.  He managed to get us a good price but was not sure which airline we were flying on.  I had to straighten that out, best to know what plane to walk onto.

Finally, the day came.  I was lucky enough to have a friend who agreed to house-sit and look after our dog, who was still recovering from surgery.  We headed out to Spokane airport. I know if you have flown lately you know what a hassle it can be.  Though I did find out that if you are old enough (and don’t look like a terrorist), which I don’t, you don’t have to take off your shoes to go through security.

We landed in Fort Lauderdale at midnight and went to get our free rental.  First trouble, they couldn’t find our file so we had to pay for it, then try to maneuver our way t0 our hotel in the dark with our phone GPS. The hotel was not the greatest. They  had invested all their money in the lobby and swimming pool and none in the rooms.  Regardless, we were exhausted so off to bed we went.  Fortunately we just stayed there 2 days,  The rooms were spare at best; no wastebasket, no ice bucket, no coffee machine and towels you could spit through, which they hoarded like they were gold. But the pool was nice!!!!

Then came the cruise, which turned out to be quite nice. The only unforeseen problem was the 4 days we were supposed to stay on the Bahamas was reduced to 1 day because of the hurricane season.  The good news was they offered us 4 days at the Ocean Manor right on the beach in Fort Lauderdale.

We enjoyed the time on the ship. Unfortunately, when we came back to the Fort Lauderdale it took them 4 hours to get into the pier because of very high seas.  A number of people got sick but not old iron stomach me.  I ate two breakfasts while we waited.

The next 4 days on the ocean were great.  I swam every day in the pool and two days in the very warm surf.  It took two people to walk me through the surf because the waves kept knocking me down but once I got out there I loved it.

The rest of the trip was uneventful with the exception of loading the plane in Orlando.  Who knows when somethings triggers Home Security.  I am guessing that the officer that looked at my passport was having a bad hair day and she wasn’t happy about anything because she told me that my ticket it wasn’t acceptable because it wasn’t compatible with my Passport,  The big problem was that my Passport shows my name as Lois Gail Lindsay and, God forbid. my ticket says Gail Lindsay.  Wooooo!!  So she told me to go back to the very long line to get my ticket changed.  So I headed back and was stopped by another woman who gave me a big lecture on my responsibility to make sure they matched.  (No other airlines have ever cared about this) She called over a rather large black officer to take charge of me.  Fortunately, he had a great sense of humor and asked me which line I had gone through, and just shook his head when I pointed it out.  But he did his duty to keep America safe and paraded me through several other lines, taking me to the front and flashing his badge.  There, I was questioned, my bags and my purse were thoroughly searched.  My carry-on held 3 pairs of Dales shoes which, along with the shoes I was wearing. were wiped with a magic potion and put through another machine before I could repack them.  I was then led through an Xray and patted down with another officer concentrating on my knees and back where all my metal is.  Finally, I was released to try to find Dale. Apparently I did look like a terrorist.  You’re all safe now.  Dale, my accomplice, was fired up and had asked an employee to find me and take me to him.  God Bless America!

The whole trip was a great break for us in spite of all it’s ups and downs but as usual, we were happy to get home and settle back into our routine. 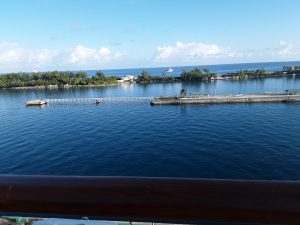 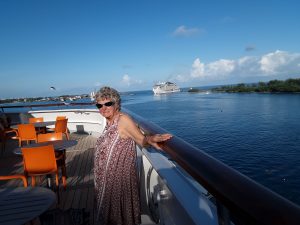 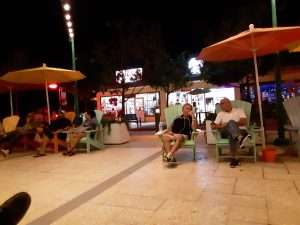 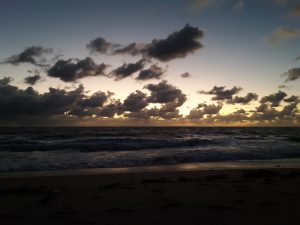 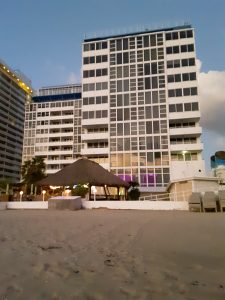