I was so disappointed this year when we went to one of our favorite spots in Queen Valley outside of Apache Junction. I wrote the following to letter to area agencies to raise awareness of a problem.

We arrived on a Sunday hoping that the weekenders would all be moving out and there were many vehicles leaving as we went in. We went about half way up the valley to find a decent spot. In the last few years the valley has become very popular with target shooters as well as 4 wheelers, hunters and campers. The latter three categories seem to behave very well, treating this beautiful place with the respect it deserves. I can’t say the same about a great many of the shooters. If you are one of the few who clean up after your recreation, please forgive me, the rest of you should be ashamed of yourselves.

The first half a dozen miles up Hewett road is where about 70% of the target shooting takes place. On any day you can find debris of all kinds from targets, shotgun shells, clay pigeons, toilet paper, beer bottles, tin cans and the remains of lunches. Especially nice are washing machines and televisions full of bullet holes.

This is not even mentioning the destruction being done to the nature of the area. The “protected” Saguaros cactus that have stood for hundreds of years have been shot almost in half. Limbs from mesquite and palo verde have also been destroyed. There is enough broken glass to window a skyscraper.

I have seen some responsible shooting clubs go to the same spot each week and leave the place so clean you would never know that it had been used, so I know that this can be done. I would love to think that most people would have the good conscious to take care of their own mess but this particular group of people that shoot in Queen Valley are not among them.

I hear so much talk from the gun lobby about protecting their rights but who is protecting us from the target shooters? What do they think of this problem. Are these people club members or just rogues? Where are the protectors of BLM land

We were stopped by some rangers a couple of years ago to inspect the firewood we were gathering. We had previously researched the rules and had abided by them. The rangers were very thorough in their inspections as they should be. I respect diligence when it comes to our wild lands. But where are they now? I know, I know, cut backs

Every year for the last eight years we have gone up and tried to clean up some of the mess, but this year I felt like giving up. Our visit this year was during the Thanksgiving Weekend and there were hundreds of users. We left because there was so much shooting especially with semi automatic weapons so close to our camp that our animals wouldn’t leave the trailer. I did my walking in the late evening when it was safe. I doubt that we will return unless something is done.

I am sending this missile to some agencies that I hope can help. In your wisdom please don’t punish the campers and other responsible users by closing off the area to everyone. We are regular winter visitors to the wonderful state of Arizona and this letter is written in hopes that the beautiful Queen Valley can be restored to its original state. We are willing to help in any way we can. 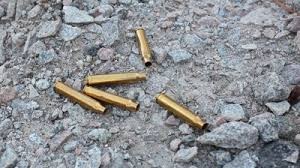 And The Final Result Is…