I was really excited to get back to Quartzsite to move into our new-used 5th wheel.  In my mind I saw my job (the inside) as a piece of cake.

Well, not so much.  If I had been a better housekeeper (that’s not going to happen) the job would have been easier.  Moving the stuff into the new trailer wasn’t so bad cause we pulled the two trailers right next to each other.  I still had to walk up 3 steps, down 3 steps, up the first three steps and back down with each load.  By the end of the first day I must have done a mile in steps.

Even trying to find space in my new coach was fun since I had more storage room.  But sorting through the cupboards in the old trailer was a much bigger job than I had anticipated.  We have vacationed in that rig for many years and lived  it year round for 4 years.  You collect new stuff and don’t get rid of the old stuff in that much time.  So that took a couple of days.

Meanwhile Dale had the colossal job of first re-finishing the roof then transferring the 4 solar panels and the 8 batteries.  That’s  all hard work.  After that he had to re -wire the new rig to get the solar working.  During that time he also helped me with the heavy stuff.

But I have had a little time to do some art.  After seeing some masks at a artisan show, I decided to try out a new method for masks.  At home I paint masks on driftwood.  I thought this new method might work on wood as well.  More importantly it is a lot of fun.  Like being back in kindergarten but with more patience.

So here it is our 6th day of moving and Dale says we can probably leave tomorrow.  In the meantime I have been decorating up a storm.  We realized that the new coach, albeit nice is has a pretty boring colour scheme so I made it my goal to brighten it up. I was limited to a few $ stores and a Beals so it was a challenge. (see photos)   What do you think?? 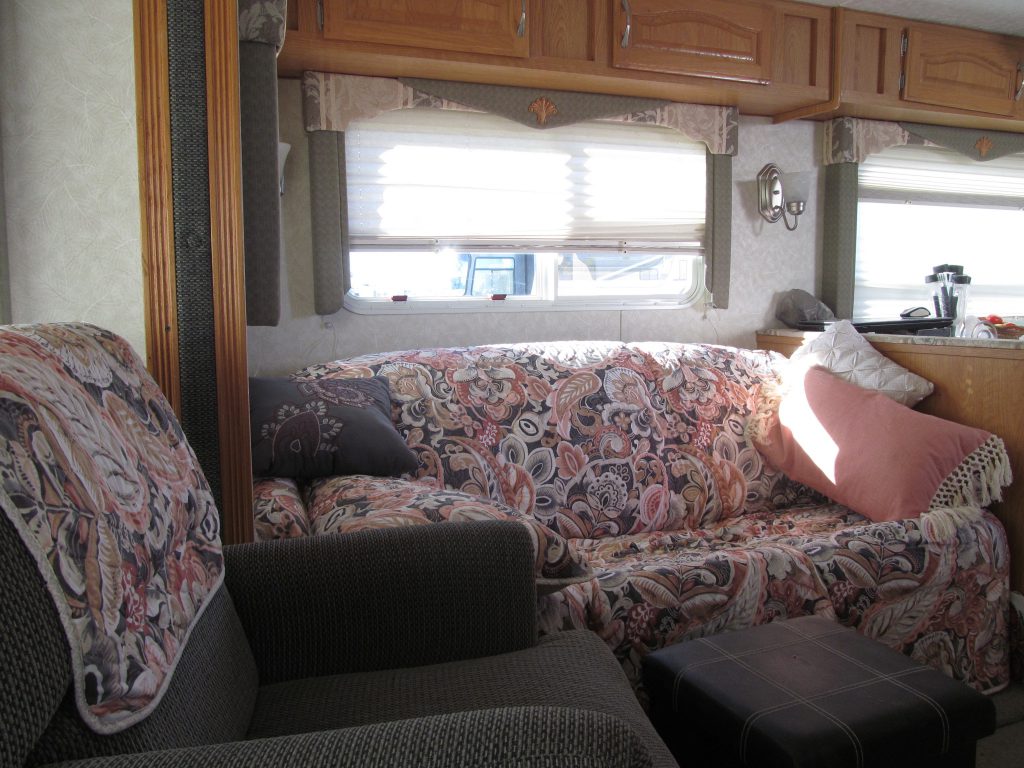 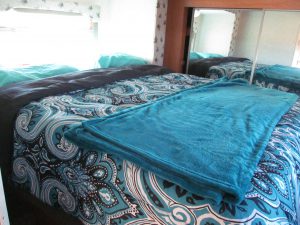 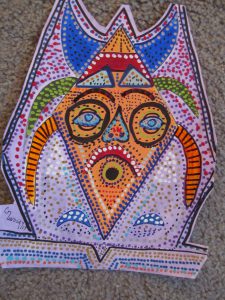 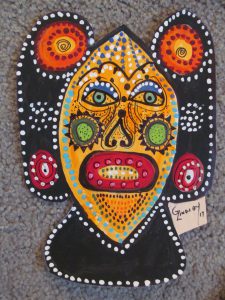 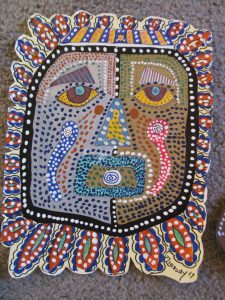 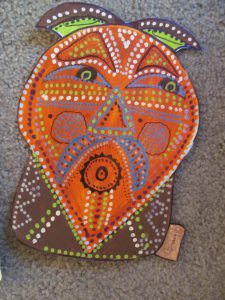