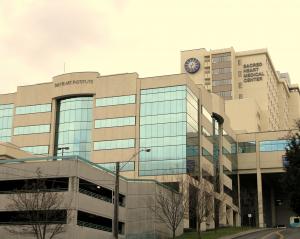 The last time I wrote to you it was a few days after my surgery as I started my recovery.  Things went pretty well, all things considered.  I did have one small set back on the day I went for my second physical therapy.  Dale was driving us and as we reached the Ferry landing there were no cars.  We drove up and in the middle of the road was a sign stating “Ferry Closed”.  I could see the boat on the other side but no sign of movement.  Only in a small town would this necessary service simply stop with no explanation.  I phoned over to the clinic and asked what they wanted me to do.  She seemed to know about the ferry and simply told me to re-schedule.  So I did.

Because it was my left knee that was replaced, it was no trouble  for me to drive.  I was soon taking myself to my PT and other appointments.  In the meantime my husband Dale had an appointment with a Cardio-Electrician  because he has had trouble breathing.   He has a chronic A-Fib and the consensus was that it was his heart that was causing his trouble.  His EKG showed a number of BPs (down strokes).  He was busy with his own medical issues which is how I found myself in an odd predicament.

A few days before this we got a phone call from S. telling us that her husband M. and fell from a platform at their house and had broken 2 vertebrae in his neck, 4 or 5  further down and 7 ribs in his front and a couple in his back, as well as dislocating his shoulder and breaking a finger.  In other words he was really hurt.  We were shocked and concerned that our friend was in so much trouble.  We were kept abreast of his condition for a few days and were relieved to hear that they hoped he would have a full recovery.  But it was going to be a long, difficult, painful journey.

I was driving myself to my 2 week checkup with my Doctor.  I couldn’t take any pain pills if I was going to drive. I was in  bit of pain and was using a cane.

My surgeon’s office is next door to Sacred Heart Hospital where M. was staying so I went to see him first.  He looked just as bad as you might imagine. He was in a full neck and back brace, he could hardly move.  His finger was splinted and he seemed in a lot of pain.  But while I was there, someone came in and said they were preparing his discharge papers.  He was distressed because S. only had her daughter’s big pick-up and he couldn’t get into that.  I had to leave for my appointment but told him to phone me when he found out more and I could probably take him home in my Subaru Outback.

I went to my appointment and was just leaving when A., S’s daughter, phoned and said that M.   was already out in front of the hospital waiting for someone to pick him up.  I quickly drove around the block and parked in front of the hospital and we loaded M. into my front seat.  We packed blankets around him and belted him in.  Meanwhile his wife M was driving around trying to find parking spot.  M. was in a lot of pain and needed a pill but it was in the truck with S . She finally double parked, holding up traffic, so her daughter could run  across the parking lot and hand us a pill .  I, too ,was holding up traffic. They went ahead to pick up a walker.  They would hopefully make it home about the time we did.

M. did really well on the way home which was about 40 miles.  We talked and made jokes to keep his mind off his pain.  But when we got home and phoned S. she was still at the shop waiting for the walker.  That meant that M.s mother J. and I would have to get M. out of the car, across the drive way, up to steps into the house. But J. has neuropathy and has a great deal of trouble walking.  It appeared that I, only 2 weeks since surgery was the best of a bad lot.  But what else could we do?  So we got M. out and the three of us shuffled across the drive way and up to the steps, all holding on for dear life.  We eased him up 2 steps and got him into the living room.  Now on the sofa, we packed pillows and blankets so he wouldn’t fall over and he immediately fell asleep.  J. and I sat down with a big sigh and waited for S. to get home.

I still had a half an hour to home so as soon as the truck arrived I excused myself and headed home.  It was a great relief to make it home in one piece and know that in spite of my knee I was able to help our friends.